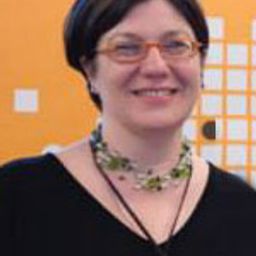 Professor
University of the Aegean
Participates in 1 Session
Alexandra Bounia is Professor of Museology, at the Department of Cultural Technology and Communication of the University of the Aegean. She has read archaeology and history of art at the University of Athens (Greece) and museum studies at the University of Leicester (UK). Alexandra teaches both undergraduate and postgraduate courses on museum studies, collections management and cultural theory in the University of the Aegean but also the University of Athens (joint courses). She has edited in collaboration with Prof. Susan Pearce the book Collector’s Voice: Ancient voices (Ashgate Press, 2001), part of a four-volume project. She has also written the book The Nature of Classical Collecting: Collectors and Collecting 100 BCE-100 ACE (Ashgate Press, 2004). In 2009 she published another book entitled Behind the Scenes of the Museum: Museum Collections Management, in Greek (Patakis Publications, Athens). She has also co-edited three volumes in Greek: Museum, Education, Communication (together with Sofia Dascalopoulos, Niki Nikonakou and Sofia Bakogianni, University of the Aegean, Lesvos, 2004); New Technologies in the Service of Cultural Heritage (together with Niki Nikonanou and Maria Economou, Kaleidoscope Publications, Athens, 2008); National Museums in Southern Europe. History and Perspectives (together with Andromache Gazi, Kaleidoscope Publications, Athens, 2012). Her new book, written together with Theopisti Stylianou-Lambert and entitled The Political Museum: Nation, Conflict and Identity in Cyprus is published by Routledge in 2016.

Sessions in which Alexandra Bounia participates

Sessions in which Alexandra Bounia attends