Oxygen isotope ratios in tree rings (δ18OTR) from Amazon forests have been shown to provide historical records of rainfall amounts at a large scale, due to the rainout of heavy isotopes during moisture transport. Here, we present a 110-year oxygen isotope record obtained from tree ring-cellulose of six Cedrela odorata trees (rbar = 0.57, EPS = 0.89) from the region of Tapajos River, Eastern Amazon. Our analysis indicates that δ18OTR series reflects inter-annual variability of wet season (JFMAM) precipitation over Northeast Brazil, as indicated by HYSPLIT moisture trajectories and by correlations with regional precipitation (r = -0.66, p<0.0001) and trajectory mean accumulated rainfall at 3000 m (r = -0.86, p<0.001). The strongest correlation is observed with rainfall from March to May, which corresponds to the peak of precipitation over Northeast Brazil when the ITCZ reaches its southernmost positions. Spatial correlations of δ18OTR with sea surface temperatures (SST) show association with the El Niño 3.4 region and Tropical North Atlantic SST. Historical droughts in Northeast Brazil are 90% represented by elevated δ18OTR values, only a few years do not correspond to recorded droughts. This suggests that our δ18OTR series may be used as a reliable record of historical droughts in Northeast Brazil over the past century. Grant 2017/50085-3, Sao Paulo Research Foundation (FAPESP). 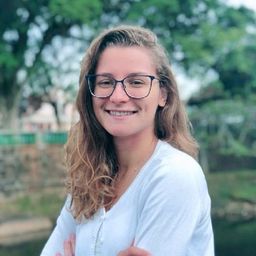