Tree rings and the colorful history of Beaver Island, Michigan

Beaver Island, Michigan was occupied by a religious sect led by James J. Strang from 1848-1856. Strang was crowned king of the group, but assassinated by disgruntled followers in 1856, whereupon local fishermen drove the “Strangites” off the island and reportedly took over or destroyed their buildings. Some of the structures from the Strangite period have known construction dates, while details for others are uncertain. We identified the species and cutting dates for logs in eight structures or ruins on the island to determine whether they were built during or after the expulsion of the Strangites, and whether more recent structures may have incorporated repurposed Strangite logs. We identified species based on wood anatomical characteristics, and compared floating chronologies by species and structure against regional ITRDB chronologies to determine cutting dates. The most common species varied by structure, including eastern hemlock (Tsuga canadensis), northern white-cedar (Thuja occidentalis), eastern white pine (Pinus strobus), and red pine (P. resinosa). Cutting dates also varied by structure; some were contemporaneous with the Strangites, some entirely post-dated their expulsion, and others included a range of cutting dates suggesting the use of repurposed timbers. This research adds to the allure of this isolated island, provides a more solid basis for historical preservation decisions, and contributes new tree-ring data for near-threatened eastern hemlock. 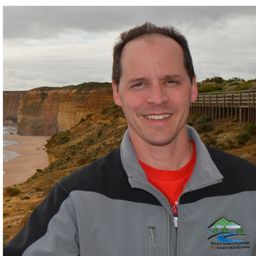