Water scarcity is a major 21st century challenge that is increasing the vulnerability of the human population, especially in cities. Water risk assessment is a fundamental task in many cities worldwide that often lack long-term and spatially-resolved records of precipitation and level of water reservoirs. Past rainfall and reservoirs levels may be alternatively assessed using tree-ring stable isotopes of urban trees. We assessed the past variability of precipitation and reservoirs level through the intra-annual variation of the stable isotopes in the tree rings of Tipuana tipu (Fabaceae) across the Metropolitan Area of São Paulo (MASP). All tree rings were divided into 10 parts with similar weight and not width as commonly employed in the literature, and the intra-annual isotope series were then synchronized among individuals before any analyses. The results show a strong association between the synchronized intra-annual oxygen isotopes and the precipitation levels both in the North and South of the MASP. The drought during the summer of 2013/2014 that impacted the water supply in the city is clearly recorded in the intra-annual oxygen isotope series. Because of this strong association, we observed high correlation values between the oxygen isotopes from the middle of the tree ring and the volume of the main water reservoirs that supply the city (r = -0.94 and r = -0.90 in the North and South of the MASP, respectively). Thus, intra-annual tree-ring isotopes may be considered a valuable source of high-resolution past information of water resources that may leverage informed decision-making in the cities. 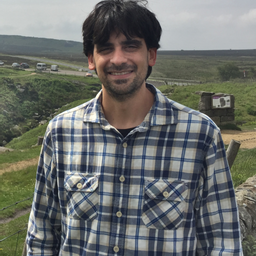