Themes:
Symposium 3Dendrogeochemistry
What:
Poster
Part of:
Poster Session
When:
12:30, Wednesday 29 Jun 2022 (1 hour 30 minutes)
Where:
Salle polyvalente (SH-4800)   Virtual session
This session is in the past.

Stable carbon (δ13Cc) and oxygen (δ18Oc) isotopes in tree-ring cellulose, and tree-ring width (TRW), have been used extensively to investigate the effects of climate on tree growth. By contrast, the information recorded by the non-exchangeable carbon-bound hydrogen (δ2Hc) isotopes, has been far less explored.

To create a comprehensive assessment of δ2H potential as a proxy for climate, hydrology, plant metabolism, and physiology we explored its relationships with climate and TRW in 100-years chronologies from two major genera (Pinus and Quercus) across a European gradient.

The climate correlation of δ2Hc in the high-frequency chronologies showed a weaker climate signal compared to the δ13Cc and δ18Oc strong continental-scale correlations with climate. The δ2Hc climate signal strength varied largely between sites and was stronger and more consistent for Pinus than for Quercus. Focusing on years with extremely dry summer conditions, we observed a significant 2H-enrichment in tree-ring cellulose for both genera. Our findings indicate that δ2Hc does record information about hydrology and climate, but also changes in physiological mechanisms.

To disentangle the climatic and non-climatic signals in δ2Hc, we investigated its relationships with TRW, which were negative in precipitation- and light-limited sites, while temperature-limited sites showed positive a one, suggesting that different stress conditions may trigger a differential use of carbon assimilates for wood formation.
Advancements in the understanding of 2H-fractionations and their relationships with climate, physiology, and species-specific traits are needed to improve the mechanistic modeling and interpretation of past plant physiology. 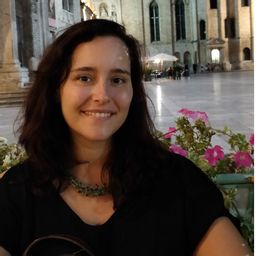