Track:
Symposium 3
What:
Talk
Part of:
Symposium 3. Ecophysiological interpretations of stable isotopes in dendroecology
When:
15:05, Thursday 30 Jun 2022 (15 minutes)
Where:
Amphitheatre (SH-2800)
How:

Under elevated CO2, photosynthetic carbon isotope discrimination is expected to increase in response to photosynthesis stimulation. While this response is widely documented in laboratory and field experiments, long-term proxies indicate that such response is not universally observed in response to the growth of atmospheric CO2. We investigated historical trends of  photosynthetic carbon isotope discrimination derived from carbon isotope measurements of tree rings (Δ13C) from 147 chronologies across a variety of climate regions and biomes. We specifically studied the deviation of tree-ring Δ13C from the predicted Δ13C response to CO2 as reconstructed from a recent meta-analysis of paleo and elevated CO2 data. We found that most records (~80%) exhibited a negative deviations from the expected Δ13C if driven by a CO2 stimulation of photosynthesis (A).

Chronologies with negative deviations were negatively correlated with vapor pressure deficit (VPD), and sites showed a maximum of 30% increase in VPD over the period of record. The widespread negative Δ13C deviations are consistent with a reduction of stomatal conductance (gs) or A having not increased as much as expected for a given CO2-driven stimulation of A. The global tree-ring data analyses suggest that a warmer and often drier climate have had a stronger effect on Δ13C compared to that of rising CO2. 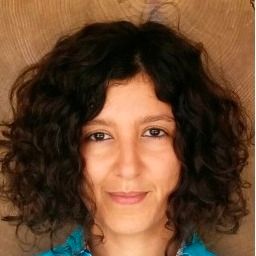