We examined the effects of large-scale modes of climate variability on regional fire history of red pine forests of eastern North America using (a) a network of sites with fire scar-based reconstructions of fire histories over 1675-1900 AD, (b) reconstructions of circulation indices (1675-2019), and (c) the 20th century observational records of weather (1950-2019) and fire (1959-2019). In exploring climate-fire relationships over the distribution range of red pine, we hypothesized that there are states of atmospheric circulation as captured by circulation indices that are consistently associated with increased fire activity, and that these states mark periods of increased climatological fire hazard over the region. Years with increased fire activity in the reconstructed fire records were associated with El Niño, positive NAO, and the combination “La Niña - PDO neutral”. Applying a climate analogue approach, we studied climate conditions over the distribution of red pine during the identified fire-prone states, using the modern climate data. Warmer winters and springs leading to an earlier onset of the fire season possibly drive development of fire-prone conditions and occurrence of high fire activity years. However, only the combination “La Niña - PDO neutral” proved to be fire-prone in the modern fire record. Notably, all fire-prone states identified in reconstructed records became less frequent during the 20th century. This trend limited our ability to test climate-fire association in this period. Less fire-prone climate during the 20th century, in comparison to the portion of the Little Ice Age studied (ca. 1675-1850), likely contributed to the modern low fire activity 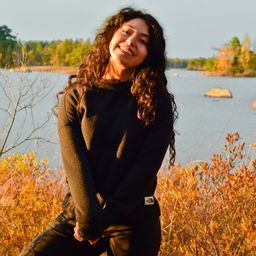