The current climate warming is unique in terms of its ubiquity and synchrony on a global scale. Over the last millennium, pre-industrial periods with warmer and colder temperatures occurred at different times in different locations around the globe (Neukom et al., 2019). Long-term temperature reconstructions in the Southern Hemisphere remain sparse and not always consistent among them (Lara et al., 2020). Therefore, to understand the temporal and spatial patterns of global-scale temperature variations, reconstructions are still needed in this part of the world.
Here, we present an annually resolved, a 1025-year long reconstruction of summer temperature in Northern Patagonia. It was build using the d13C of the tree-rings from 6 Fitzroya cupressoides from Rio Alerce, northern Patagonia (41.19S, 71.77W). All trees cover the whole period.
Our d13C chronology shows that Patagonia underwent cold phases during 1100-1350 and 1650-1750, and warm phases during 1400-1650 and since 1900. These temperature variations are not consistent with the putative Medieval Climate Anomaly and Little ice Age, which occurred roughly in 800-1200 and 1300-1850 in Europe and North America. Surprisingly, the d13C-derived temperature pattern does not match with the one reconstructed from tree-ring width from the same species. Over the last century, the d13C variations are consistent with observed Pacific Decadal Oscillation and Antarctic Oscillation fingerprints. 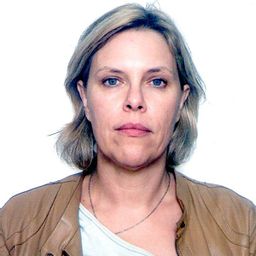