Was the 16th century temperature-fire-drought nexus foreshadowing for the Greater Yellowstone Ecosystem?

As climate change continues at a rapid pace, compounding ecosystem disturbances are becoming an issue of global concern. The limits within which ecosystems operate are likely to be altered by catalytic, or compounding, disturbances, threatening their resilience. Positioned in the heart of the western US, the Greater Yellowstone ecosystem (GYE) is a well-studied and large wildland region dominated by conifer forests characterized by an infrequent, high-severity fire regime with return intervals ranging from 40 to 300 y. We present an annually-resolved, tree-ring based record of fire for the GYE that covers the past 1,801 years (220-2021 CE). The mean fire return interval of the reconstruction is 40 y, which is consistent with conventional fire frequency knowledge within lower-elevation, mixed-conifer forests of the GYE. We find fire activity was most frequent during the 16th century than during any other period in the past 1800 y. Further, we find remarkable agreement between our fire record and a group of independent GYE charcoal influx fire records derived from lacustrine sediments over the past ca. 1,000 y. The unprecedented fire activity captured during the 16th century is contemporary with a period of anomalously warm summer temperatures, severe drought conditions, and increases in sunspot activity, upper-level atmospheric pressure, and human population. These multiple, comprehensive lines of evidence suggest that summer temperatures, possibly initiated by increased geopotential height, acted as a catalyst during the 16th century for increased fire activity, which gives us historical context for trends in current fire-climate interactions. 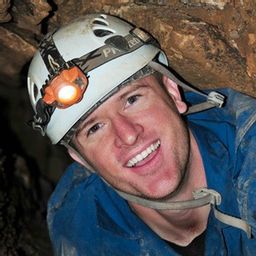