The Pliocene is often identified as an example of a past warmer world. Studies of sub-fossil wood from fossil forest localities in the Canadian Arctic have allowed us to explore the amplified effects of global climate change in the Arctic during the Pliocene and to provide important information on how arctic ecosystems respond to these changes. Here we report new annually resolved climate records developed from Meighen and Prince Patrick Islands, which span a time period from 6.2 Ma to 2.7 Ma (Late Miocene-Pleistocene). These records were developed using a combination of ring width and stable carbon and oxygen isotope values. We also present new information on the seasonal ranges of climate on Meighen Island established using stable isotope values from fossil shell material found in an estuarine unit directly underlying the unit containing the fossil forest to show how climate may have differed during what has been interpreted as an interglacial-glacial transition period within the Pliocene. Data from Meighen Island shells show a seasonal range of temperatures of 12 C, summer temperatures estimated from tree rings average ~9 C. Preliminary results from Prince Patrick indicate temperatures ~17 C. We hope to develop seasonal records from tree rings for both locations. A seasonally-resolved record of Neogene climate from the Arctic will help us to better understand climate and ecosystem changes during this period. 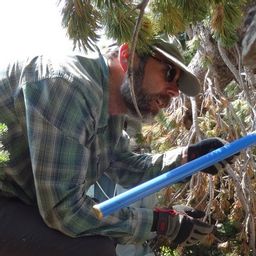