"Little is known about the impact of volcanoes on trees from the Southern Hemisphere. In this study, we investigated whether volcanic signals could be identified in ring widths from eight dendrochronological species from New Zealand, using superposed epoch analysis. We found that most species are good recorders of volcanic dimming and that the magnitude and persistence of the post-event response can be broadly linked to plant life history traits - whether the species responds as a 'stress tolerator' or a 'fast responder' to changes in climate conditions. Across species, we founds that site-based factors, particularly altitude and exposure to prevailing conditions, are more important determinants of the strength of the volcanic response than the species.

We then investigated whether chronology selection impacts the magnitude of post-volcanic cooling in tree-ring based temperature reconstructions by developing two new multi-species reconstructions of New Zealand summer (December-February) temperature using principal components regression. Both reconstructions showed temperature anomalies remarkably consistent with studies based on instrumental temperature, and with the ensemble mean response of climate models, demonstrating that New Zealand ring widths are reliable indicators of regional volcanic climate response. However, we also found that volcanic response is complex, with positive, negative, and neutral responses identified - sometimes within the same species group. Species-wide composites thus tend to underestimate the volcanic response. The has important implications for the development of future tree ring and multi-proxy temperature reconstructions from the Southern Hemisphere." 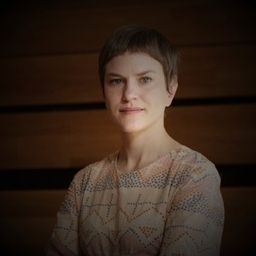