"Maximum latewood density (MXD) is the most sensitive proxy for reconstructing temperature variations over past centuries to millennia. However, the development of long MXD chronologies has lagged far behind that of ring width chronologies, especially in North America. Among a handful of millennial MXD records across the northern hemisphere, only a few are from North American sites.

In this study, we fill this data gap by developing a millennial MXD data network from an unprecedented number of measurements from 1,249 black spruce (Picea mariana (Mill.) B.S.P.) trees in the eastern Canadian boreal forest. This data network has been combined with an existing MXD dataset (45 trees) as well with published ring width, 18O, and 13C chronologies via a Bayesian framework to reconstruct growing-season temperatures over the last millennium.

The resulting summer temperature reconstruction explains a high (60%) fraction of temperature variations with a large spatial domain covering the northeastern half of North America. Our reconstruction emphasizes well-defined Medieval Climate Anomaly, and Little Ice Age, followed by an unprecedented warming trend during the last century. Our results also highlight the important role of volcanic forcing in the regional climate system. Due to its high replication, climate sensitivity, and strategic provenance, our MXD dataset is an important data source that will complement the next generation of large-scale millennial temperature reconstructions and will benchmark climate simulations." 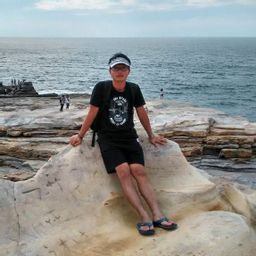